Other Than Botox and Juvederm

In the unending fight against the march of time, everyone knows about the magic wands Botox and Juvederm, the neurotoxin and facial filler, respectively. But there are other neurotoxins and fillers out there. They’re kind of B List celebrities vs. Botox and Juvederm, but they’re equally effective, if not as well known. Here are three: Dysport, Restylane, and Perlane.

Dysport functions the same was as Botox, by temporarily paralyzing the muscles that create wrinkles on the upper third of the face. Habitual facial expressions can cause the skin to crease, and over time, these creases become deeper and more permanent. These expressions could include:

There are a couple differences with Dysport when compared with Botox. Dysport has less protein in it than Botox. This means that Dysport will have fewer antibodies developed against it, because the body can sometimes think proteins are foreign invaders. Also, Dysport is thinner than Botox, which means it can spread more and cover a larger area when used by a thoroughly knowledgeable injector.

Like Juvederm, Restylane is a hyaluronic acid filler. Hyaluronic acid is a naturally occurring substance in the body that is responsible for hydrating the skin by attracting water molecules to it. Like Juvederm, Restylane is intended to fill wrinkles and creases in the middle and lower thirds of the face, particularly smile/laugh lines. There is some thought that Restylane is more cohesive and stays where it is placed and that Juvederm readily diffuses in the tissues. Because of this, Restylane can be used to build up the face in a way that Juvederm cannot. Juvederm lasts from 9-12 months, Restylane from 6-9 months.

This facial filler is also made from hyaluronic acid and is ideal for softening the appearance of deeper lines and wrinkles around the face, specifically “laugh lines.” Perlane is made of larger particles so is more effective at filling deeper creases and wrinkles. It is not as effective for finer uses such as the lips. 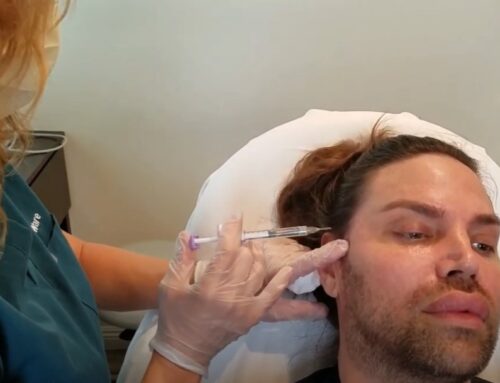 A 30-Minute Juvederm Filler Appointment Will Change Your Life

A 30-Minute Juvederm Filler Appointment Will Change Your Life

Be Radiant With Radiesse

Be Radiant With Radiesse

‘Tis the Season to Look Great!

‘Tis the Season to Look Great!

Are You Up for a Restylane Treatment?

Are You Up for a Restylane Treatment?